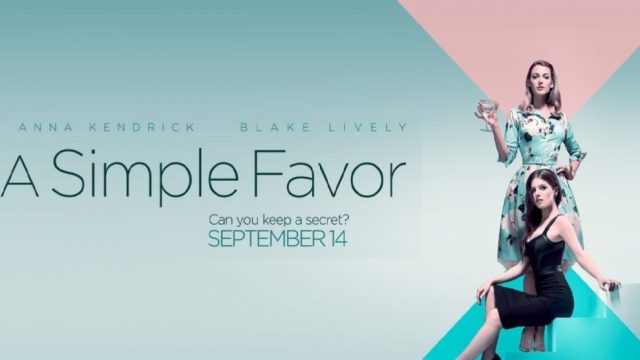 Quirky is a term which gets thrown around a lot…but that is the best word I can use to describe this film.

Firstly, I loved it. It’s stylish and well written. The acting is absolutely on point and everything gets put together really well.

Basic story is that Stephanie and Emily are both mothers of boys in the same class at school. They get together for a play date and things escalate from there. They are building a friendship when suddenly Emily goes missing, leaving her son and husband behind. Stephanie tries to track her down using her vlog and going rogue herself to try to find out what happened to her new friend.

Director Paul Fieg is more known for his comedies. He directed Bridesmaids, The Heat, Spy, Ghostbusters….basically anything with Melissa McCarthy!

Throw in Henry Golding (recently seen in Crazy Rich Asians) and the trinity is complete.

The whole film feels like it could have been played out entirely with just our three main characters, so much so that it wouldn’t be amiss as a theatre production with just the three actors.

As everything begins to unfold, the story takes a few lurches, but all comes back together perfectly. The back and forth between all the players in the final scene really hooked me in and made me want more of it. It felt like dialogue from a Tarantino movie, and actually reminded me a lot of a film called Very Bad Things, where everything begins to unravel around everyone.

A fantastic film, with a great cast and a cracking french-esque soundtrack carrying it through.