22 miles, or too much distance? 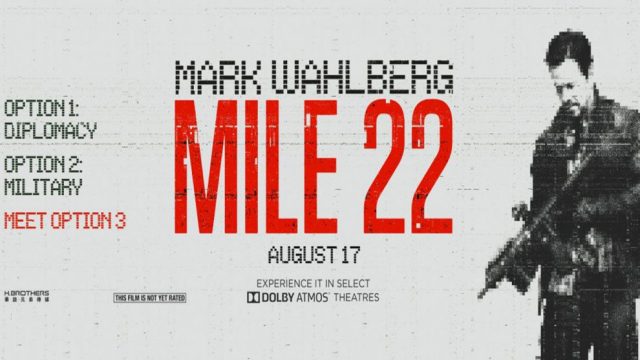 You want action? Come get some action.

The story is simple, Li Noor turns up to the US Embassy with a disk containing all the locations of some missing Weapon of Mass Destruction materials. He promises them they can have the code to unlock all the information about the whereabouts if they get him onto a plane 22 miles away. Naturally there’s literally everyone out to kill him and stop the team getting into the files so it becomes a battle against small armies of soldiers as they attempt to cross the cities to get to the airport.

Mark Wahlberg’s character is intense, from his manic speaking to his lack of emotions in the field. It’s established very early on that he has issues that he is attempting to deal with. Lauren Cohen is having to juggle secret military life with that of being a mother going through a divorce.

Then you have Ike Uwais who just wants to be transported and will freely give up the code once there. He is great. If you have ever seen any of the “Raid” films, you will know how skilled he is in fight scenes…and there’s certainly some of them in this.

It’s fun, its frantic and it’s very, very violent and definitely earns its 18 certification…something I was only saying the other day that there’s not that many of them about nowadays.