Back on with this today.

Picked up a pack of 3M strong hanging strips from ASDA today. It’s basically like a form of velcro that holds really fast.

I wasn’t sure whether it would work but it would be worth a try for a couple of quid.

When I got home from work, the first thing to do was to strip the whole Fight Stick back to the core. When I did this, I realised that there was a whole section in the back corner which was redundant but something I could use with the space I needed. Luckily, that section came out.

Now I had some space to play with, it was a bit of playing around to see which position everything could be put into the casing.

In the end, it all worked with the Pi in the bottom half of it’s case, with one of the side panels attached. I attached the strips to the base and the outside of the case and pushed them together, keeping everything sturdy. A couple of screws to make sure the Pi didn’t come out of it’s half-case then everything was good to attempt to fit back together. 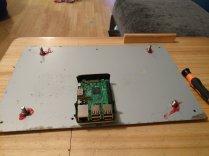 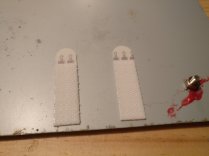 With wires everywhere it wasn’t easy to fit back in. Especially as the cable running from the Controller’s board to the Pi’s board was excessively long. A possibly shortening in the future.

Once everything was fit back together…it was time to test it and make sure everything worked. The way I positioned the Pi in the case was such that the power and the HDMI cables could be easily plugged in and out at any time. I have put the USB cables in already and they are fairly easy to be removed. These wires are for the Controller, a second controller (my Xbox One one) and a small bluetooth dongle for the bluetooth keyboard I have. 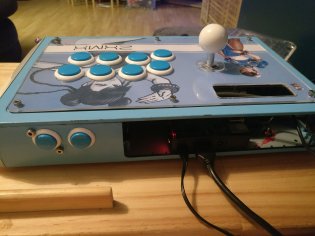 When I switched everything on, the Fight Stick wasn’t quite performing correctly and recognising a Left movement as an Up movement. So I had to take everything apart again and rearrange the wires that were causing a problem within the case. Once that was sorted, and everything was fixed back together…it was time to test….and it worked!

So…still to do on the build :