The day finally arrived. Today was always going to be the most insane for me.

It was an early start and the outfit of the day was Harry Potter :

We all looked awesome in our outfits complete with cape!

This morning was the IAC, the International Associates Conference where we heard from head of Walmart International (and former ASDA colleague Dave Cheesewright) who talked about the whole of the International division which is now 28 countries and if it was a standalone company, would be the second biggest retailer in the world.

Then we heard from Doug McMillon, the CEO and president of Walmart.

Then it was time for the country performances. Each country does a small routine to showcase themselves…and as we were all dressed as Harry Potter it made perfect sense to theme it accordingly. We do have a video of what happened next…but I am waiting for it to be sent over. I will share it with you when it happens…but what a feeling to stand in from of thousands of people and actually dance! We got the timing a little off on our dance-off but, but the final dance where we all come together to “Let’s go crazy” by One Direction was absolutely spot on!

Then we met with all the Exec in a session just for ASDA. It allowed us to sit with them and ask questions on an open forum which was really informative. It also was the time when we were going to do our team chant! We had changed the lyrics to “Everybody Get Up” by 5ive. We went first and obviously set the bar really high. We had everyone on their feet by the end of it!

We finished 2nd so we’ll take that.

Then this evening it was another concert. This time it was Daughtry and Three Doors Down. I absolutely love Daughtry and the highlight of the night had to be when he was singing “Superman” and a girl called Jade grabbed the back of my Harry Potter cape and started flapping it and I struck a Superman pose…and Chris Daughtry saw it! 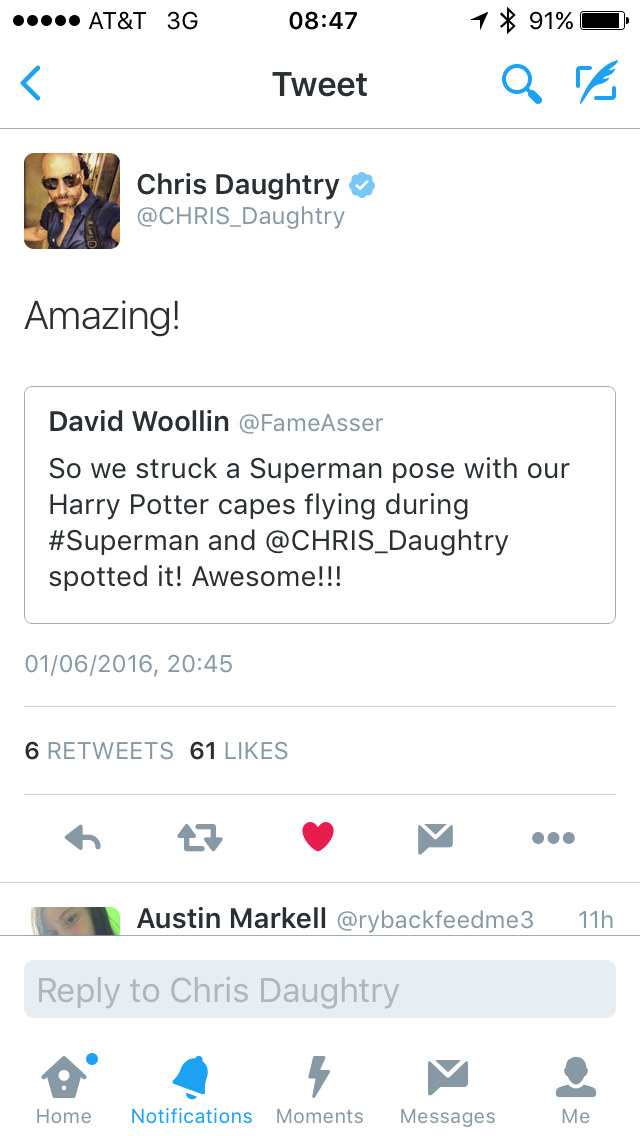 Then it was onto the Karaoke bar that was fantastic. It was great to see so many people having fun. It was like a big family party.

Much more relaxing day tomorrow…but there is Baseball! YES! 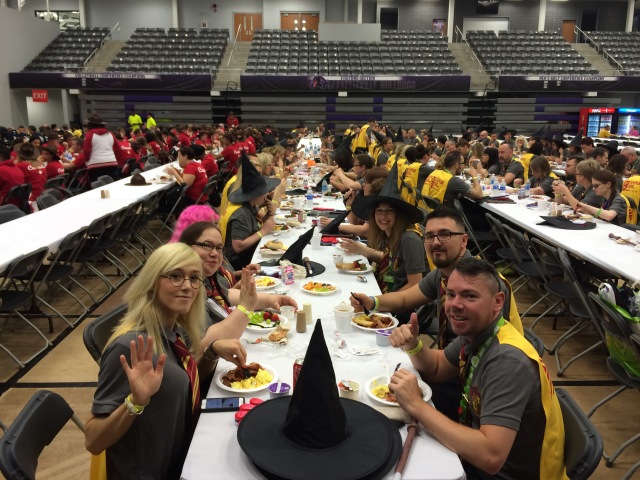 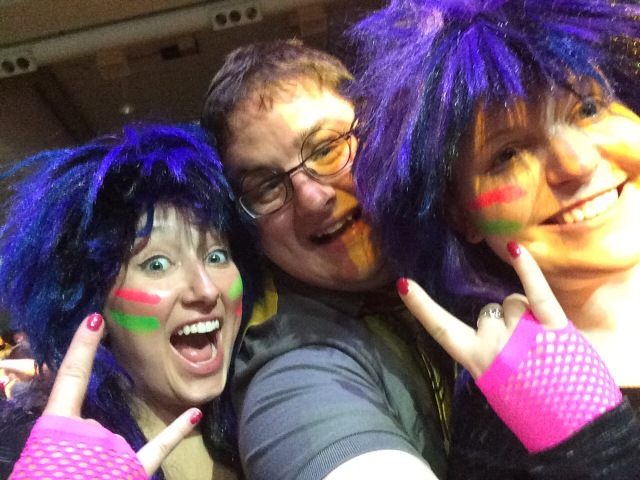 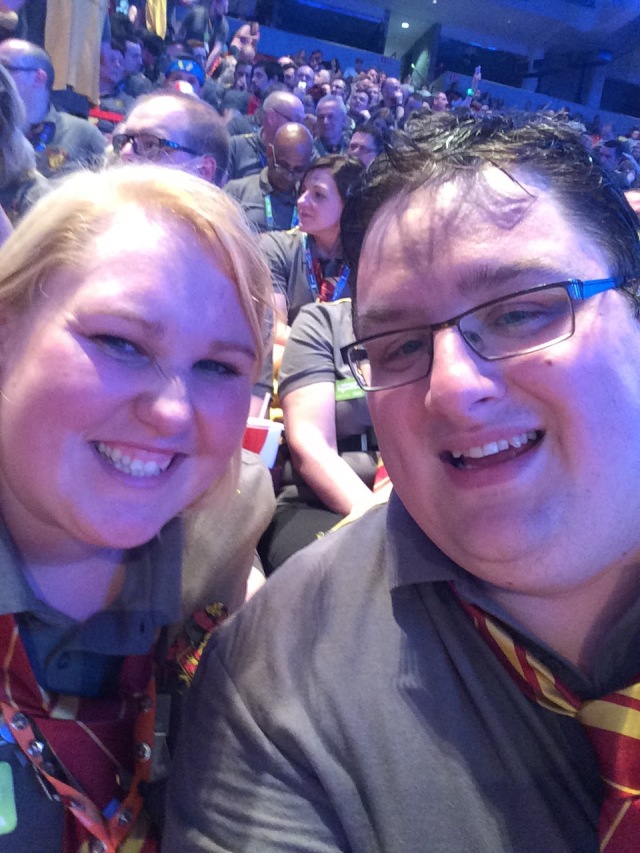