Played a little bit of GTA this morning.

Needed to get up and sort some stuff out. Went shopping and headed up to Morley. Had just topped the oil up in the car. And when we got up towards the KFC near the Tommy Wass, the temperature light came on and the gauge was showing that the engine was massively overheating.

We opened the coolant bottle under the bonnet and it was really far down. Oops!

Walked back to Beeston Motor Spares for some coolant and water. Topped it up but by the time we had made it up to Morley, the bottle was empty again. Oh dear!

We topped it up again for the journey home but didn’t put enough in and when we got to the White Rose it overheated again. Nightmare. We put more coolant and water in and made it home. Gonna have to take it into the garage tomorrow to get sorted. Spoke to them and they said that there were two things it could be. One could be the pipe which would cost us about £40-50 and the other could be the pump…but that would cost us around £300!!!!! Fingers crossed!!!

Played tonnes of GTAV Online this afternoon. Went into a game with Lawlor & Crooksy and ran around Los Santos tearing it up. It was really good fun. Crooksy got wasted on Whiskey, Wine n Weed… 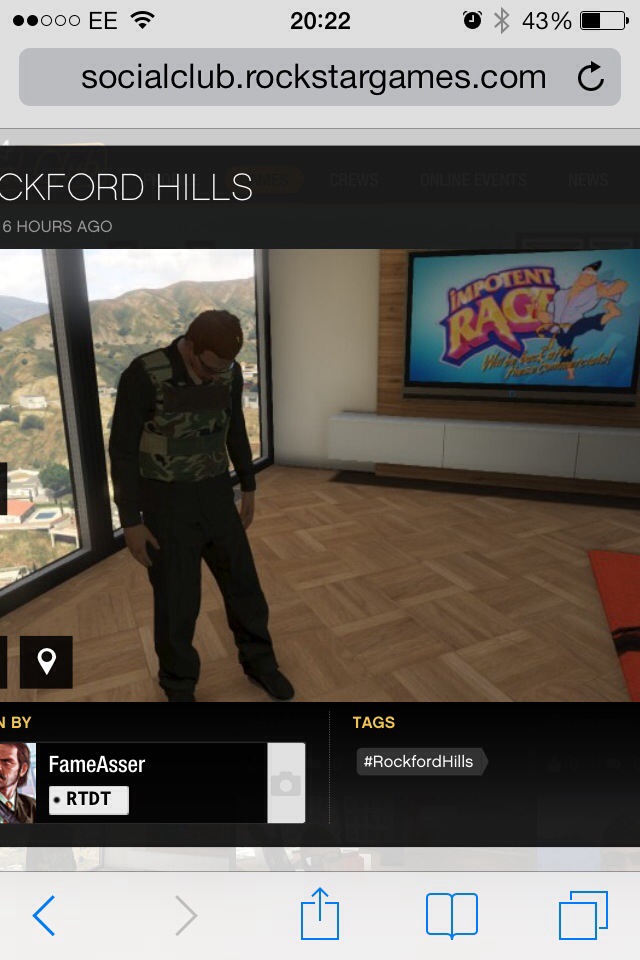 And the crew posed for a photo whilst chilling out in my apartment.

Like Loading...
This entry was posted in 2013, 365, Xbox and tagged Grand Theft Auto V, GTAV, Rockstar, Xbox. Bookmark the permalink.