Early kickoff today for the Leeds game (bear with me people, this while blog ain’t about Leeds United)

My Dad came to the game with me. 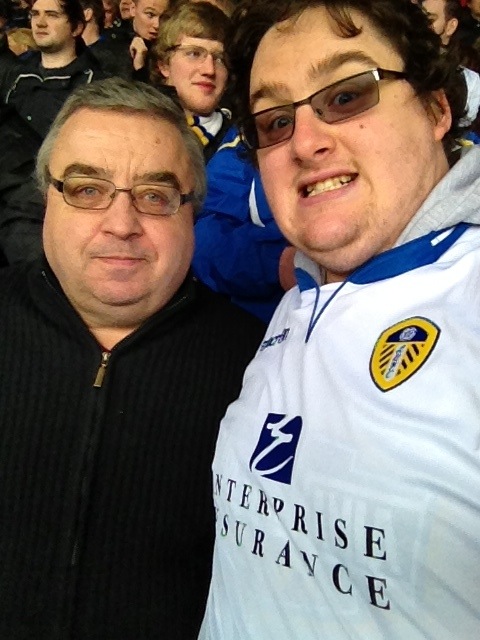 It was the Paint It White campaign today. I didn’t win any of the free flights they were giving away however! Boo!

The match was pretty much shit and kinda summed up our entire season. It was a frustrating game but likewise one we could’ve won. But it wasn’t to be. Huddersfield opened the scoring in the second half following a bit of questionable defending. We managed to equalise with Aidy White’s first touch but three minutes from time we threw it all away when we let them in again for a winner!

After the game, had an email through about Woollin Mammoth, our Geocache Trackable that started out his life in Middleton Park, moved around Leeds a little bit, then ended up in Brentford…only to turn up today in Nova Scotia in Canada!!! That’s some journey he’s embarked upon.

Watched the USA lose to Puerto Rico in the baseball. Oops!

Also played tonnes of LA Noire and finally made it onto the third disk! Won’t be long before its completed…hopefully.

Hoping to have a mega quiet day tomorrow with tonnes of CSI being watched! Fingers crossed.