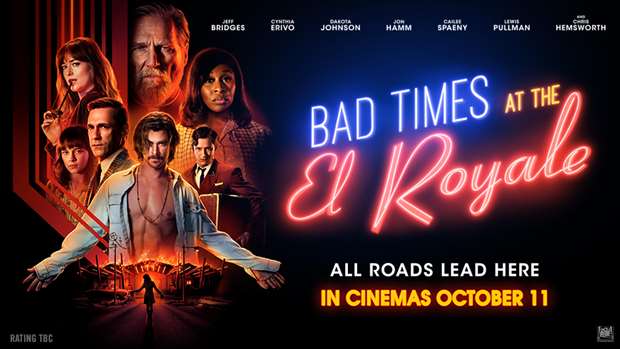 DO NOT MISS THIS FILM!

Go see it at your earliest convenience.

It’s Tarantino meets Cabin In The Woods. It also has that old school hitchcock-feel in that everything is confined to a small space for the film to unfold…and boy does it unfold.

It all starts so calmly, some random people are checking into a hotel…but we soon find out that everyone has their secrets and they are all about to be unravelled in the craziest way.

Amazing soundtrack throughout and some of the most tense scenes I have ever witnessed…this isn’t a horror, far from it, but there were some moments when I was genuinely on the edge of my seat wondering what was about to happen!