Fat full of laughs or a bit thin on the ground? 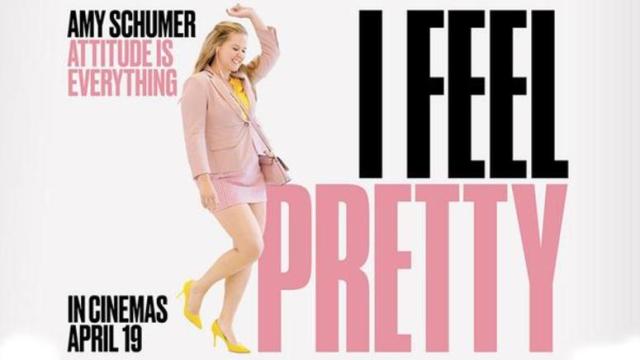 The new Amy Schumer film is here…strap in!

After seeing a pretty painful trailer more than enough times, I was going into I Feel Pretty with low expectations but it actually came out alright. It’s nothing spectacular and never attempts to be. It’s not going to come out on the top half of the funniest films of the last ten years, but it’s a fair effort.

Quick overview…Amy Schumer is Renee, a thirty-something who hates her body and image until she takes a ridiculous knock on the head and suddenly starts to think she’s thin and fabulous. Cue loads of looking at herself in mirrors being amazed at her new look, as well as showing off her new image to friends who clearly just see her as the exact same person she was before, albeit with a renewed sense of self-worth.

There’s a new line being launched by the high end fashion company she works for and moves out of the e-commerce pit she lives in, unseen by the public, and into a front-facing role in the company as they look to launch a new initiative aimed at “the normal woman”

So now you’re up to speed, here’s my thoughts.

My initial reaction is that, taking a step back from what the film is showing us, Amy Schumer is genuinely a beautiful and fantastically figured woman. She is however in that camp of endlessly making image-motivating posts online with photoshoots showing that “the bigger woman can be sexy too” for want of a better phrase. But this is my issue..there’s nothing wrong with her. And therein lies the drawback of this film. Its as though it’s trying to say “oh look at this vile, revolting creature and oh, now look, she’s confident because she likes her body and everything is OK and you should all begin to understand that you can be confident with whatever body you have and…” etc etc etc

The film just doesn’t handle that message too well. It’s about twenty minutes too long, and there’s a whole middle section that feels drawn out. There’s a really odd storyline involving the younger brother of the modelling agency which could have been cut from the storyline entirely, but then how else would they find a way to have a good looking guy on camera?

It is funny though. There are some genuine laugh out loud moments, but for me, most of the comedy actually comes from the supporting cast rather than Schumer herself. Sure, she sets everything up, but it’s the delivery of the lines from others that really work best.

It’s not a bad film, and I would say go see it if you think it’s the type of film you will enjoy.

It’s like a Reverse Shallow Hal/Big mashup which doesn’t quite tip the scales in the way the film wants you to believe that Renee does.

Like Loading...
This entry was posted in 2018, Movies and tagged #100MoviesChallenge2018, Amy Schumer, I Feel Pretty. Bookmark the permalink.