Well it’s official. After months and months of the obligatory “Will he? Won’t he?” speculation about Ross McCormack’s future at Elland Road and Leeds United, Ross is staying.

Despite the striker coming out and saying he didn’t want to go anywhere, and constant downplaying by the Baldy Boss, Leeds fans still thought it was all going to go the way it has been so many times before and the Scot would be down the road (or up the A1 in Middlesborough).

But today, this happened : 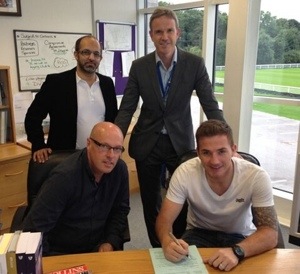 Pen to paper on a new 4 year deal! Brilliant. 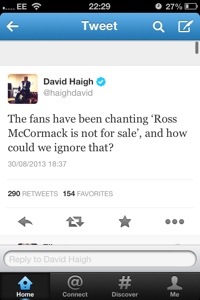 So naturally we’re all going to be chanting that “We Want Messi!” at the game tomorrow.

Early kickoff vs QPR. James can’t go so I will be going with my Dad instead.