Musical theatre has always been a particular favourite of mine, whether it be the stunning Jesus Christ Superstar, or the cheesy yet fun Joseph and the Amazing Technicolour Dreamcoat. The completely-sung experience isn’t to everyone’s tastes however and I could see some people who went into the film unaware of it’s structure feeling torn between intrigue and frustration in equal measures.

The story centers around Hugh Jackman’s Jean Valjean, a slave who breaks parole, incurring the wrath of Javert (Russell Crowe), who vows to track him down. After Valjean manages to come good and set up a new life for himself, his path crosses with a worker at his own company played by Anne Hathaway. Hathaway’s Fantine falls into hard times and Valjean vows to take care of her daughter. As times move along and a social uprising against the government comes to a head, Cosette, Fantine’s daughter, falls in love, whilst Valjean and Javert’s paths continue to entwine.

The source material from the original novel, and the stage show lends itself well to an adaptation, but Tom Hooper has brought a fantastic think to the big screen, even making sure of the authenticity of everything by actually recording Live singing, rather than having the actors mime to a pre-recorded track.

Hugh Jackman is phenomenal in this, and a definite mention needs to go to Hathaway and Crowe for their singing abilities. 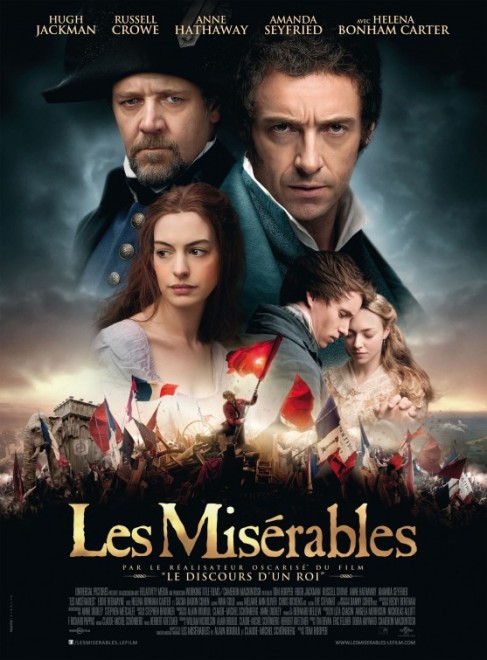