Spiderman into the Spiderverse – Film #106

Swinging into action, or falling off the buildings? 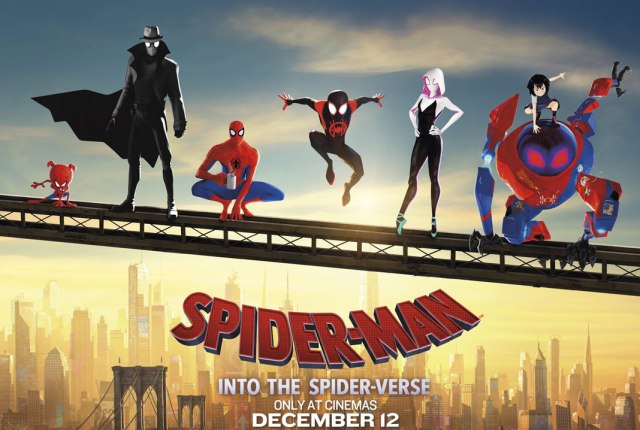 So here’s my honesty…I have never been a massive Spiderman fan. I never used to watch it as a kid, I thought the Tobey Maguire films were just OK, Andrew Garfield’s a mess, and despite Spidey being one of the best things in the Avengers films, Homecoming just didn’t cut it for me.

So oh look, another film with the web-slinging superhero…joy of joys…

But wait…this film is like nothing you have seen before. If you’ve seen the trailer, you will know how the animation is presented to the audience. It literally looks like someone has scanned a comic into the screen and we’re seeing it come to life in front of our eyes.

You get the idea.

Graphically, this film his ALL the right notes. Pure perfection and storytelling throughout. It’s also very funny. I laughed a lot throughout. There’s a few shocks along the way, and everything comes together nicely.

It also has a lot of heart too. There’s many nods to family life, and there’s so many nods to previous Spiderman movies. It just works

Oh…and stay for the end credits!

Like Loading...
This entry was posted in 2018, Films, Movies and tagged #100MoviesChallenge2018, Spiderman into the Spiderverse. Bookmark the permalink.