Heist of the century, or Daylight Robbery? 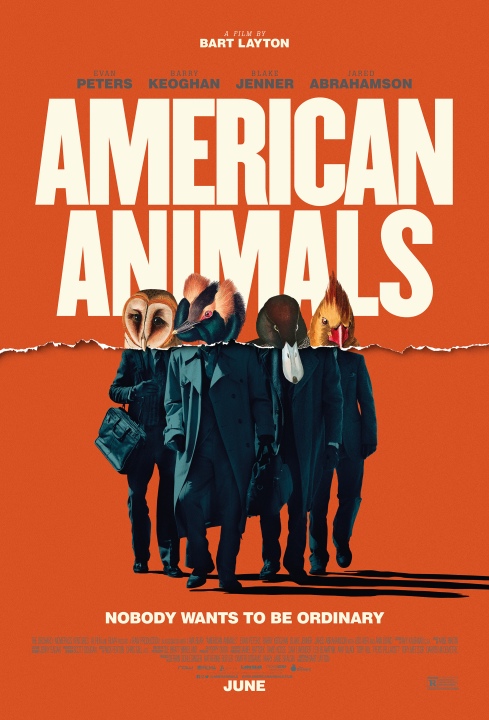 This is a true story

You probably haven’t heard of this film, nor of the real life events that they are based on.

This is the true story of four college kids who hatch a plan to steal a collection of extremely rare books worth millions of dollars.

Naturally, they are not adept at planning the perfect heist, so struggle to make it work.

What this film does brilliantly is the interplay between the actors playing the parts of the college guys and their real life counterparts. There’s contradictions in their stories that they work really well into the “Recreation” footage to blend it all together, so as an audience member, you are never really sure of whose version of events is the actual version that happened.

This way of storytelling happens early on, and towards the end of the film seems to be forgotten, replaced by a much simpler movie-telling of the story.

I really enjoyed the film. I thought all four of the main actors really captured the mood and feelings of the real guys. It all fits together really well and not know anything about the true story really helped me go on the journey with them all. They build the character arcs really well, from what is initially a goofy idea by a couple of schoolkids, which soon becomes an internal struggle to figure out how to pull off a heist without hurting anyone or getting caught.

I also enjoyed how the movie referenced a lot of other heist films. Reservoir Dogs is fairly prominent, as is an Ocean’s 11-esque perfect-plan scene. There’s even references to Jaws, Shawshank Redemption and The Matrix, along with an on-TV scene from The Killing, a 50’s Film Noir Heist movie by Stanley Kubrick (and one I am adding to my list of “need to watch”).

Does this need to be watched in the cinema? Absolutely not
Will you enjoy it when it hits VHS? Yes you will.