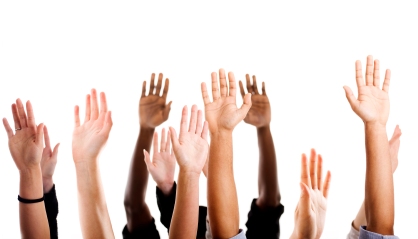 Thought so…and just for the record, if you played Appysnap you are the coolest of the cool.

All three were apps that changed the way people used their mobile devices. Pokemon Go has taken the world by storm, getting people out and about, walking the streets..and in some cases putting themselves into dangerous situations. The Flappy Bird revolution went so massive so quick that the owner of the game actually deleted the game from existance, leaving devices that had it installed being sold on eBay for thousands of pounds. Then there was Appysnap…only a small number of people got to play. Every day you were sent missions to your phone and you had to complete them. They were photos you had to take, doing things like taking photos of road signs, or pictures of someone riding on someone else’s back…and funnily enough is the closest thing to “Nerve” we have ever had.

“Nerve” is the brand new film to be released in the UK on Thursday 11th August. Adapted from the Jeanne Ryan novel of the same name. It was the most recent Cineworld Unlimited Screening…we got to see it 3 days before general release.

Set in 2020, Nerve is the app to have. All the cool kids are signing up and either becoming a “Player” or a “Watcher”. Their roles do exactly what it says. Players are sent dares to their phones and have a set amount of time in which to complete said dare to earn themselves cash. The bigger the dare, the bigger the prize. When Vee (Emma Roberts) is shamed by one of her friends into signing up for the game, she receives her very first challenge…to kiss a stranger…which leads her to Ian (Dave Franco) who is quickly revealed to also be a player in the game. When the watchers of the game realise that the two of them are hitting it off, they ensure they team up by forcing their dares to include each other.

With the world watching on, and players dropping like flies as they begin to fail the tasks set before them, Vee and Ian go from one fun challenge, to the next more-daring one, slowly increasing the danger, threat and money as they go along.

The film is fantastically put together. There are some genuinely tense moments througout. We have people walking across ladders suspended between buildings, and others laying on a train track avoiding a train as it passes by just inches above their head. You are genuinely rooting for Vee and to a lesser extent Ian. There’s some good laughs in there too, mainly from Vee’s friend base.

Emma Roberts puts in a fantastic turn as unpopular high school yearbook photographer Vee who takes grabs the world by the balls and quickly becomes the coolest kid on the block. Emma has come a long way from her Nickelodeon days in the teenage series “Unfabulous” where she played the most annoying teenager-cum-singer-cum-pain-in-the-arse ever. Singing all her woes and troubles whilst playing the guitar was never going to be cutting edge television but it garnered a few Teen Choice Awards. From there she moved into a few bit parts in a few films…but in Nerve she really steps up into a Lead Role and shows herself to be a real contender for bigger and better roles.

Dave Franco is just Dave Franco. He’s the same in everything he’s in. Very likeable though and his smouldering looks are definitely good for the female viewers. He is believable and fun whilst taking everything in his stride. It’s not a film that was ever going to test his acting ability to the max, and his role could have been played by a hundred different actors, but he does do a great job.

So to summarise, Nerve is a thrill ride. It’s fun, it’s also worrying that the film is set in 2020…and who knows what types of app will be available by then…will we all be running around the city completing dares for cash…? Who knows…!