So today was a day a month in the making.

Back in December we went to a work colleague’s house to film some footage. I had edited it all together, adding music in etc and today was the unveiling of the office Through The Keyhole. 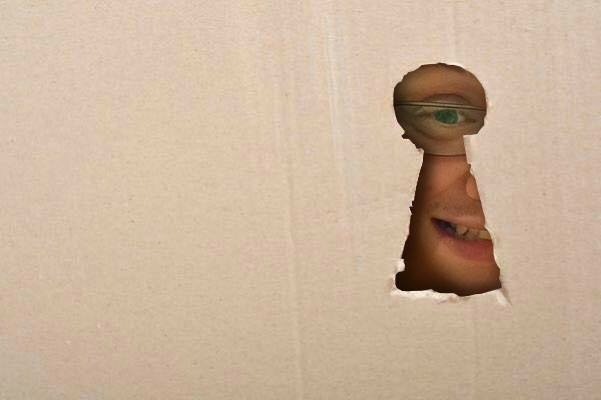 We have started having Quarterly meetings where the whole department gets together and we celebrate together and learn about what others in the department have been up to and where we are going etc. But we also have a fun element to it.

Back in December we went to the house of a colleague (I’m not saying who yet as we’ve got another session of this meeting next week and I don’t wanna ruin the surprise) and armed with no real script and just a video camera.

We started filming some stuff in and around the garage but it was hard to get into the flow. But once we went inside, all the ideas started to flow and we had a good laugh with it.

This week I’ve done my first ever bit of video editing. Using the joyous programme that is Windows Movie Maker (yeah it’s like using paint when everyone else is using Photoshop), I managed to whip something together.

So to the unveiling today and it went down pretty well thankfully. There were a few awkward silences in the bits where it just genuinely wasn’t funny but some of the main bits got some genuine laughs.

Luckily we got lots of decent feedback about it after too…maybe I’ve missed my calling….
Credit to Naomi Hancocks for the above picture and thanks to everyone who did one. Got loads I can use now! Haha

Like Loading...
This entry was posted in 2016, TV, Work and tagged keith lemon, leigh francis, through the keyhole, Work. Bookmark the permalink.