No….before you ask, I’ve not gone all mental and started eating PB and curry at the same time. Nope indeedy.

At lunch I went down to Morley to bank a cheque and popped into the new sweet shop that’s opened up. They sell all olde-world sweets in jars. Proper old school with scales etc.

But the also sell American goodies. Oh yes. I picked up a box of these bad boys : 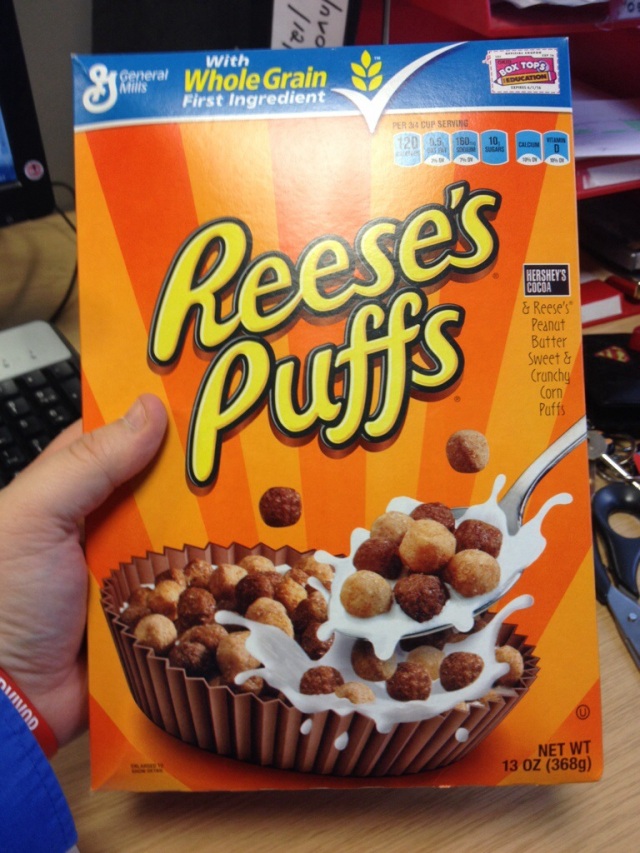 Also picked up a Reese’s Pumpkin for Elle and a Baaaaaaaby Ruth for me, Sloth’s favourite :

After work, met up with a bunch I old work colleagues who were made redundant earlier in the year and headed to Nawaab’s for a curry. Absolutely loved it. Always do there though. It’s a good curry!

Leeds played Newcastle in the cup tonight and lost 2-0. I won’t dignify it with a “oh we can concentrate on the league now” because that’s just a shitty way of saying “fuck it”. Any loss is bad. Whether to Premier League opponent’s or otherwise!

Dodgers won again last night against the Giants. Apparently the returning Brian Wilson got a bit of boos from the Giants. He probably expected that though! Can’t wait for the post-season to start!