Having finally got around to seeing Sinister, I approached it very much in the way I though the film would pan out from the trailer…B-movie type yarn with a few jumps and a little tension but a naff and predictable storyline…and in that sense I certainly wasn’t let down.

Ethan Hawke plays a struggling writer who moves to the house that was the scene of a grisly murder years before. He needs a new story and dragging his skint family into this new place seems like the best idea…until He finds a stash of old Super 8 video reels which show all the gruesome killings.

With all the elements set up nicely, the whole films clunks from one set piece to another darkened corridor, to another reel of film which begins playing on its own. Hawke does his best to move things along but those around him just seem like they don’t care. English Juliet Rylance really need to get back into acting school before she plays another part alongside a Hollywood a-lister because she stood out a mile as being out of her depth. Thankfully she had no real involvement in any scene which required any acting skills.

What develops is a by-the-numbers thriller which offers up very little that hasn’t been done before.

Most of the actual scares were in the trailer, so if you’ve seen that, an studied the movie poster, you can basically write the entire film yourself.

Overall it wasn’t the worst I have ever seen, but its certainly not one I will be rushing out for a repeat viewing of! 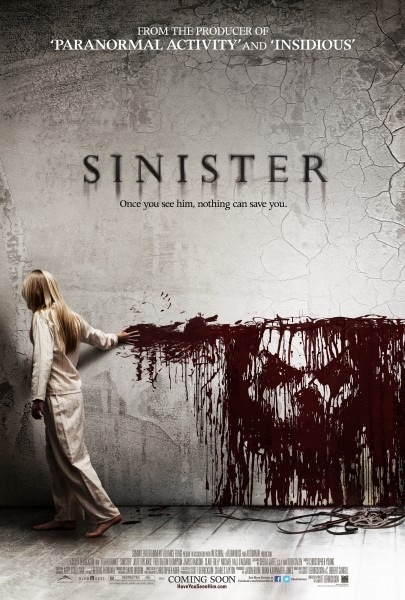 Like Loading...
This entry was posted in Movies and tagged Cineworld, Ethan Hawke, Sinister. Bookmark the permalink.