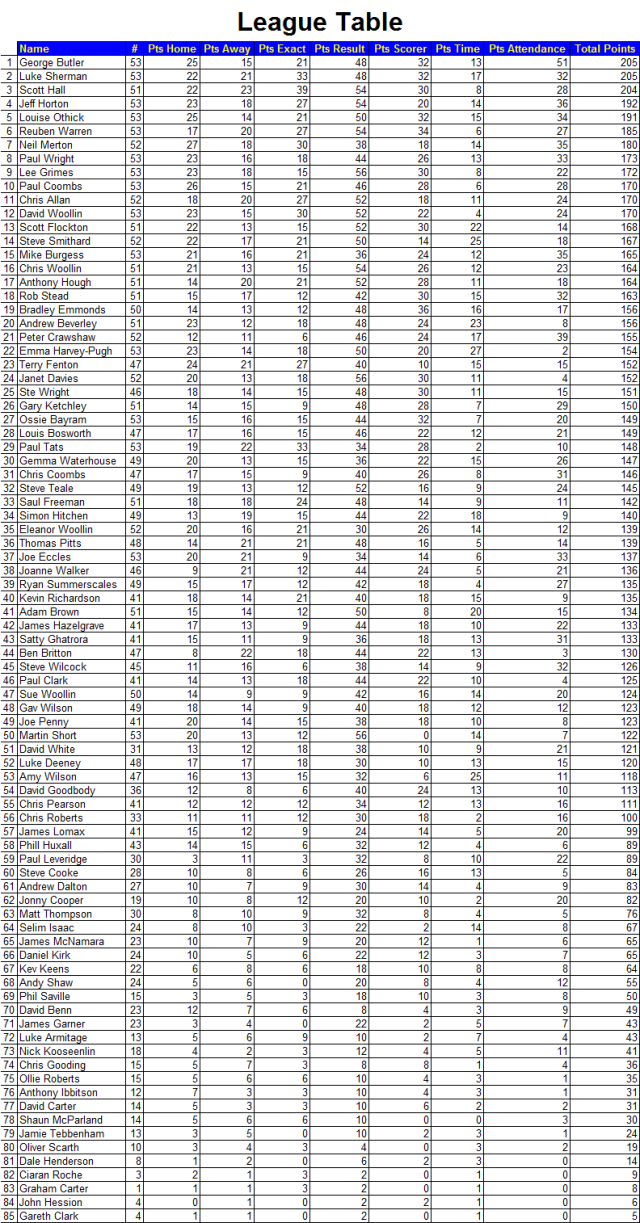 Free Entry  next year – Single Highest One Game Prediction score across the entire season will win a FREE ENTRY into next year’s game.