And so, we finally made it.

After teasing ourselves for months and months since it opened, we finally got around to going to Red’s True Barbecue in Leeds.

It promised a lot. We’d only ever heard good reviews from people who had been and now it was time to go there ourselves.

As it was my 32nd birthday yesterday, it was the only excuse we needed.

We got there around quarter past 6 and was told we had a wait until 8:45 for a table so we put out names down and headed off for a drink.

We went back and got seated around half 8…and we were underway.

Having been salivating over the menu for the last week, I already knew what I wanted from the Good Book… 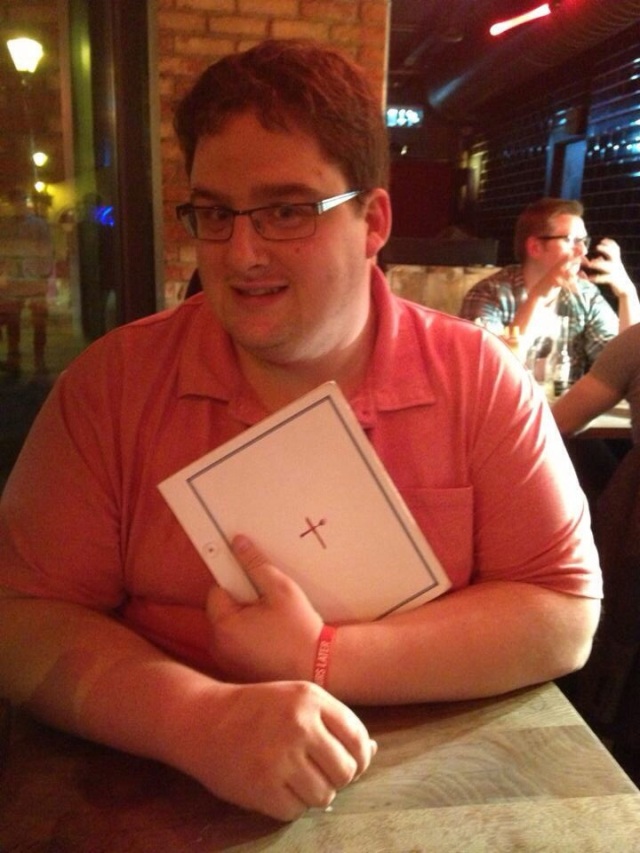 First up for me was the wings in Hot sauce….and DAMN was it hot. Wow. Absolutely loved them. Cooked to perfection and such an amazing sauce accompanying. Elle had the Nachos which she loved too.

There was absolutely zero waiting for food as the joy of Red’s is that everything has already been cooking for a day already. Unbelievable!

Elle went for this : 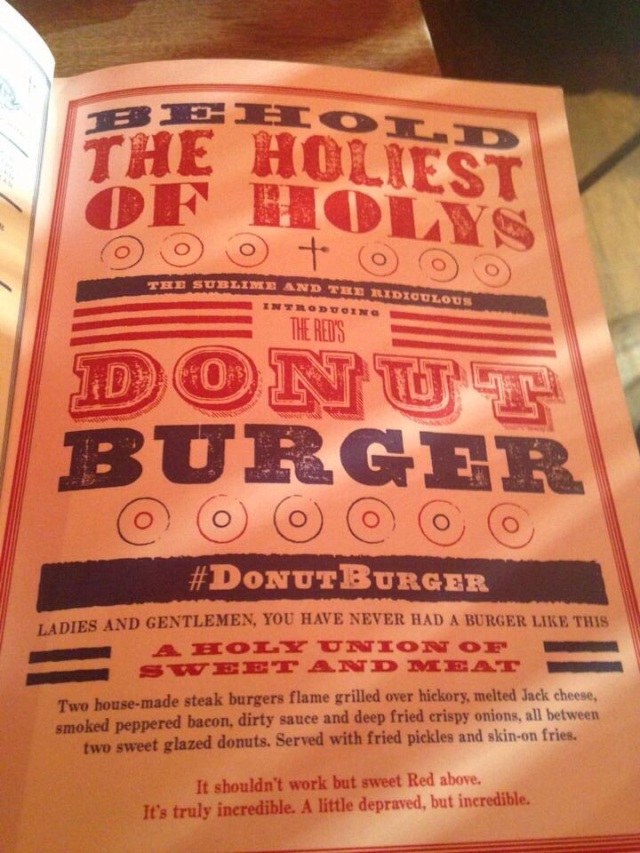 And I had the Pit Burger. Which was a double burger, along with pulled pork, bacon and cheese. Here’s both of them in all their glory : 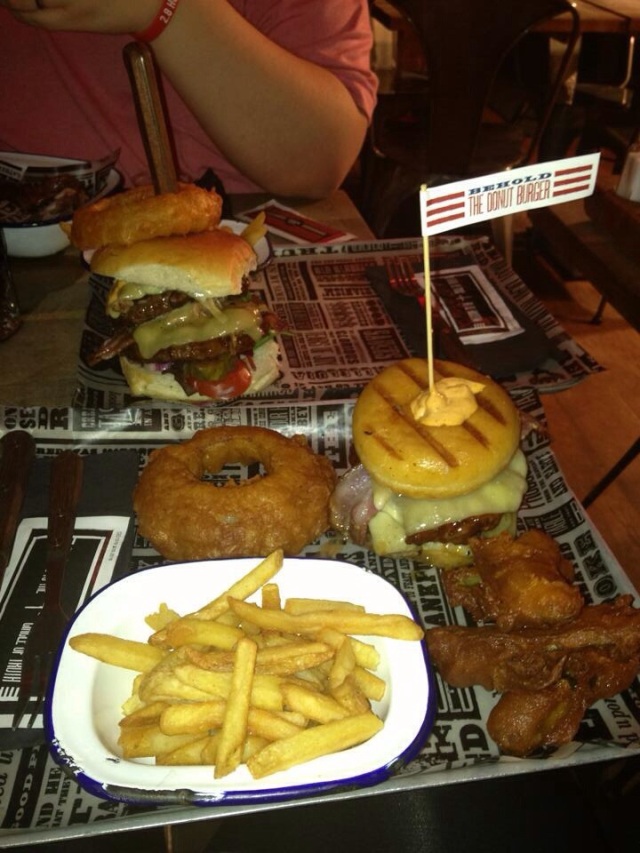 And I am going to lay it all out on the line right now……that Pit Burger is quite simply THE nicest burger I have ever eaten in my life!

I even had some of Elle’s Donut burger, which sounds weird and odd…and it is…but it just worked so well! Lovely.

Everything was topped off by authentic American Root Beer. At the end of it, I was absolutely stuffed, even though it didn’t feel like the portions were of stuff-able size.

We will be back here sometime in the future.

Just go and try it yourself!

Like Loading...
This entry was posted in 2013, 365, Food and tagged BBQ, leeds, Red's True Barbecue, restaurant. Bookmark the permalink.